Buried/Location Ashes   in the garden of his home, Fyves Court, (A5), Caldecote, Nuneaton, Warwickshire, England

He died in 1943 in a motor-cycle accident, while serving in the Home Guard 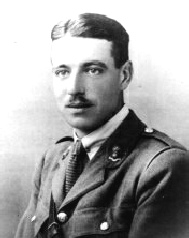