A statue to Herbert Columbine was unveiled in August 2014 on the seafront at Walton-on-the-Naze, Essex 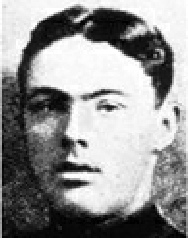