Entry in Book of Remembrance, The Chapel of The Manchester Regiment and The King's Regiment, Manchester Cathedral, Manchester, Gtr Manchester

Before the war, he was a Master at Merchiston Castle School, Edinburgh 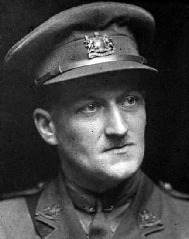