Headstone   Ashes    Plot/Grave no.   The Glade of Remembrance, under cherry tree opposite Panel 13

He retired from the army in 1935, but rejoined in 1938, later becoming Commandant Prisoner of War Camps 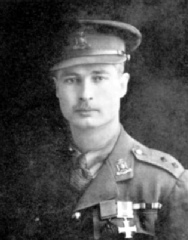