The Victoria Cross was bought by the Canadian War Museum in 1969 from his widow, later it went missing in 1973 after it was removed for a photo session, reported missing by the museum in 2001 and seized by the RCMP on the 5 April 2004 from Jeffrrey Hoare Auctions, London, Ontario 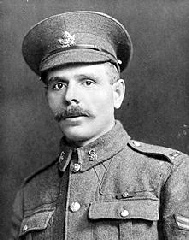