After the war he opened a tea room in Portsmouth, but this was destroyed by bombing in 1941 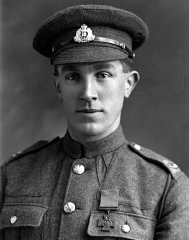