He was the first man to be Awarded the VC, MC and DCM during the First World War 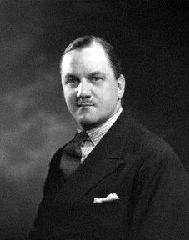