Between the wars he served with the 35th Sikhs mainly in Afghanistan, were he won a Military Cross 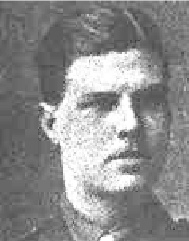