Regiment   Corps of Royal Engineers attached to No. 1 Commando 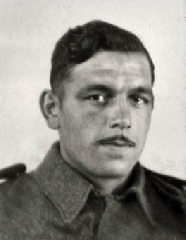