He was a founder member of the British Association for the Hard of Hearing, now Hearing Concern 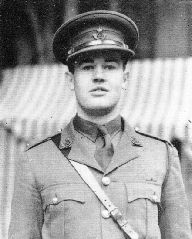