The nickname for the Lancashire Fusiliers is The Minden Boys, after the Battle of Minden in 1759, during the Seven Years War 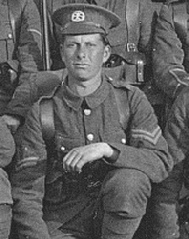