VC Presented  28 March 1919 by the Lieutenant-Governor of Toronto, Canada to his father, James 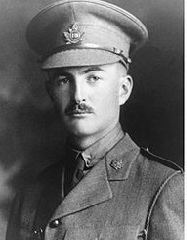