Another to survive his VC action but to pass away from Spainish Flu. He was buried two days before the Armistice. 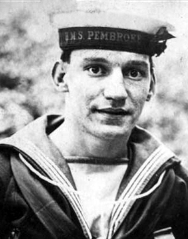