In August 2010, a new headstone was erected on his grave, in New Wortley Cemetery, Leeds. 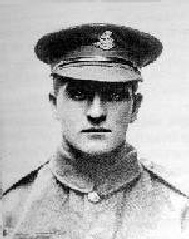