He was twice rejected for service in the army for bad eyesight. 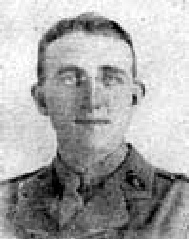