A career soldier, going at 21 to Sandhurst, he took part in the Tirah Campaign and the Boxer Rebellion, until illness put him on the reserve list, he was recalled to the colours in 1914 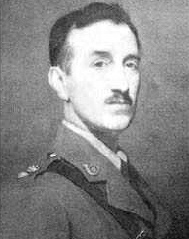