After the War, he became a practising solicitor. 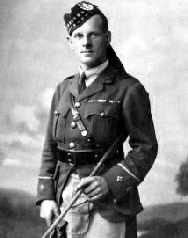