Born Arthur Malcolm  McReady Drew, he changed his name by deed poll to Allastir Malcolm Cluny McReady-Diarmid, the Colonel of the regiment saying there were to many Drews in the the regiment and, to stop the confusion, could he change his name 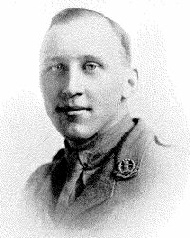