Between the wars, he worked in agriculture in India, where he also met his wife. 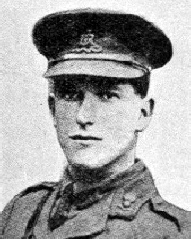