For 30 years after the war, he lived at the Westfield War Memorial Village, Lancaster, for those who fought in the war 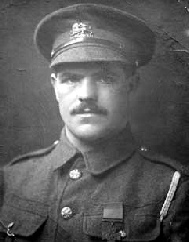