Always known as Jack. He spent 40 years on the Railways, retiring in 1960 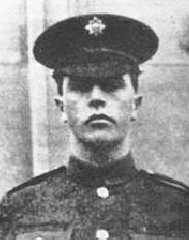