Place Of Death   Near Epehy, France

Before the war he was preparing for Medical Missionary Work abroad 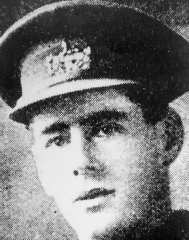 Thank you to Zoe Parsons at Kingswood School, for providing photo's of their Memorial