Wounded 7 times, gassed and blinded for 6 months in the war, post war service contracted dysentery, malaria and sleeping sickness, he took to drink and drugs to help cope with his ailments. He died in August 1933 from opium poisoning 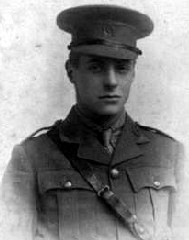