Place Of Death   In a field ambulance about 50 miles north of Baghdad, Iraq

P  Named on wooden panel & named in Roll of Honour in the Havard Chapel at Brecon Cathedral, Powys, Wales

When he joined the army, they spelt his name, FYNN

Thank you to David Kinnair and Hannah Stevens, Bodmin Town Council for allowing us to photograph the Victoria Cross 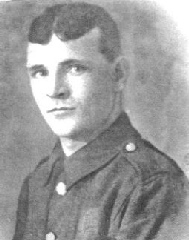