General Maud told Myles that it had been his intention to recommend a second VC but not wishing to set a precedent recommended a DSO instead. 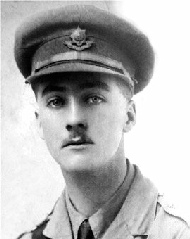