Place Of Death   Near Mazingarbe, France

Before the war Robert Dunsire was a miner, and joined up with his workmates 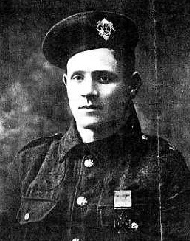