VC Presented   Received by his mother Alexandra Corkery from the Admiralty

Headstone erected following a appeal by the Daily Express, unveiled by Lord Derby on 11 July 1916

Swiftest award of the VC following an action as it was announced by telegram on the following day, first to be announced in such a way 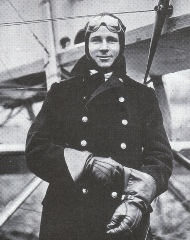