VC Presented   11 May 1945 by King George VI at Buckingham Palace, London, England & 1946 by the Governor-General of New Zealand

Captured in the desert in 1942 he spent the rest of the war in various POW camps, ending up in Colditz Castle until liberation 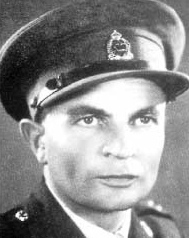