He died at work in a tragic accident, from Carbon Monoxide Poisoning, unbeknown to him a ventilation pipe was blocked by a dead bird 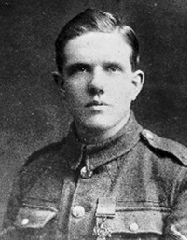