Before the war he worked on theRailways, working at the Loco Depot in Mexborough, South Yorkshire 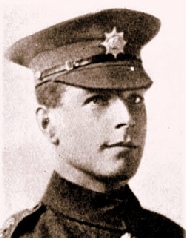