In his early working life before the war, he was a Gold Miner 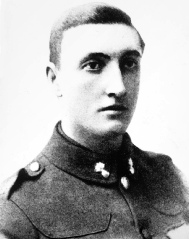