He returned after the war to a hero's reception in Hobart. He was less certain, however, of a welcome from his wife who had warned the 'strapping, handsome soldier' that if he went off to war she would leave him when he returned. She kept her word and he divorced her on 1 October 1920. 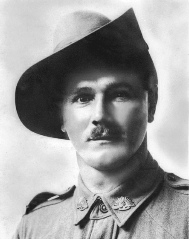