During World War 2, he was General Officer Commanding Troops in Malta 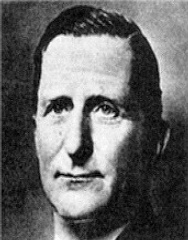