First VC recipient to be gazetted

With 66 Burgoyne and 67 Robarts, landed on a beach near Genitchi and set fire to stores and ammunition destined for Sebastopol. He repeated this operation with 68 Cooper at Taganrog.

Thank you to Neil Eggleton for photos in Madeira 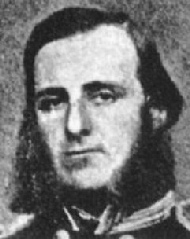