The name de Courcy, was added from the Lord Kingsale, his mothers maiden name

During the nigh, the Russians led an assault and captured a battery. Hamilton with a smaller force, charged and regained the position. 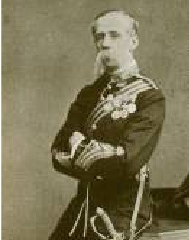