He was awarded the USA Legion of Honour, highest USA award available to a non-American officer 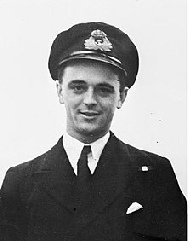