His real name was Morrell but enlisted under stepmother's maiden name of Young. His Victoria Cross was bought by the Regiment in 1936, after being spotted in a pawnbroker's shop by a former officer 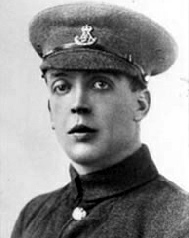