Whilst serving with the Vancouver Police, he was shot in the chest, and killed whilst attempting to arrest Fred Deal, who had been driving erratically on Granville Street. His killer, Deal, was sentenced to death, but it was reduced to 21 years in prison on appeal 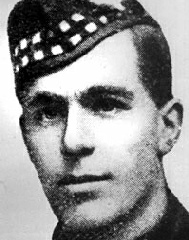