After the war, he worked as a Prison Warden in Toronto 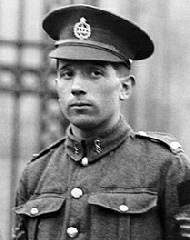