Although born in Nova Scotia, Philip Bent came to England as a very young child 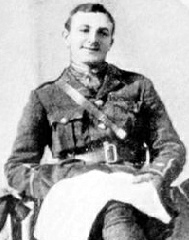