He suffered from deep depression following paralysis which led him to cut his own throat with a blunt knife, dying the next day.

After one attempt to destroy a pontoon bridge failed, Joseph Trewavas, armed only with an axe, managed to slice the ropes holding the bridge together, the sections floating away. At the moment of success, he was badly wounded. He carried out the act under heavy fire 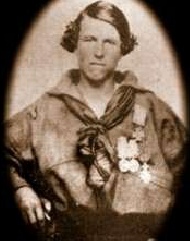