Before the War he was assistant master at the Tietsin Grammar School, China 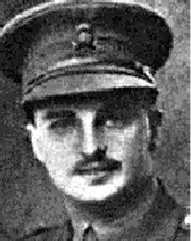