Always known as Jack, he scored the winning try in the 1914 Cup Final at Wakefield

The Bronze plaque unveiled in May 1921 at Lime Street School, later moved to the Guildhall when the School was bombed during the Second World War 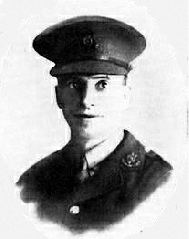