Headstone   Ashes    Plot/Grave no.   Probably near to shrubs along Memorial Walk

In the course of his VC action, he received 6 separate wounds, to his face, left arm, hand, leg and two in the thigh 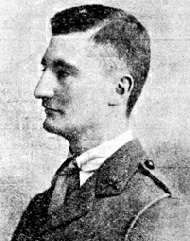