Also known as Jorgen, he became an Australian citizen in 1914 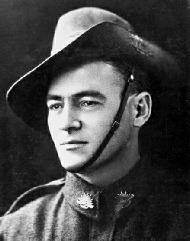