A new headstone was erected in 1999, with efforts from Bedford School and the Gurkha Association 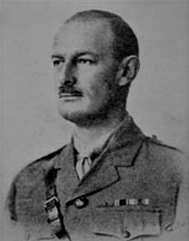