The officer rescued by Theodore Veale during his VC action, was Lieutenant Eric Saville who went on and created the Saville and Valley Gardens, Windsor Great Park, which holds the National Collection of Magnolias 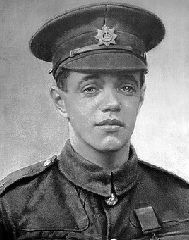