VC purchased by officers of the Royal Marine Artillery in 1918

Whilst serving in the advanced batteries, he repeatedly repaired the damaged works with sandbags under very heavy fire. 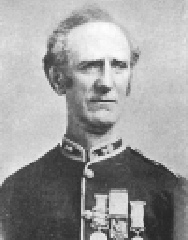