An attempted theft of the Victoria Cross from North Down Museum, April 2001. The thief was apprehended by an off duty RUC officer and the medal was retrieved 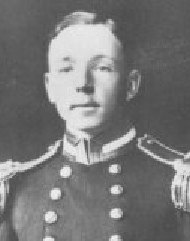