Alfred Drake sacrificed his life to save an officer, within a year that officer was killed 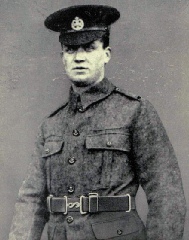